Your Next Shower Is On Its Way In A Moment!
Close
Shower Accessories 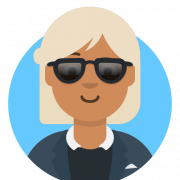 Want to Revamp Your Old Shower? You Don’t Need To Break The Bank – Retile It Yourself!

Planning to remodel your bathroom? Installing a shower enclosure kit is certainly one of the best ways to make significant changes to your bathroom layout. Not only are they great to look at, but they are quite beneficial for those with very limited space in the bathroom. If you want to optimize every space in the bathroom without feeling too tight, you might want to purchase a shower enclosure kit.

If you’re not sure which one to buy, then you’re in the right place! We have here the best shower enclosure kits with a luxurious design and are easy to install. Read on, and you’ll surely find one that fits your bathroom perfectly.

The Dreamline French Corner Sliding Shower Enclosure comes with a deluxe black frame and two sliding panels with durable fiberglass. Its posh mullion look definitely makes every shower experience a luxurious bath. This kit also has an integrated tile flange that prevents water from leaking out.

The SUNNY SHOWER Glass Door Sliding Shower Enclosure comes with a frameless sliding door which isn’t difficult to install with the easy-to-follow manual that comes with the kit. The sturdy no-shatter tempered glass is quite easy to clean with simple cleaning agents, so you won’t have to worry about spending hours scrubbing the class just to remove nasty grime.

Sharing your home with your family? If you prefer frosted glass for a bit of privacy, the DreamLine Prime Shower Enclosure is a great option to go for. This round shower kit also comes with a strong magnetic strip for effective watertight closure. For its price, you are definitely getting both function and style that most shower kits fail to deliver.

If you have a tight bathroom with not a lot of space to spare, the DreamLine Aqua Fold Frameless Bi-Fold Shower Door is a must-have. Sliding or swing doors aren’t really a great choice if your bathroom isn’t large enough, so this folding shower door is a great way to get around the limited bathroom space.

If you are on a tight budget, the SUNNY SHOWER Neo-Round Corner Sliding Shower Door is an affordable choice for the budget-conscious. Compared to its high-end alternatives, you get a stainless steel frame, watertight closure and shatter-proof glass at such a low price.

They may look intimidating, but they’re actually an easy do-it-yourself project that anyone can do with the right tools. Installing a shower enclosure kit does not require waiting for an adhesive to dry, so once you’re done with the assembly of the part, you can immediately use your brand new shower kit.

Is it great for small bathrooms?

Yes. As a matter of fact, they are great choices for condominiums and apartments that tend to have very little bathroom space. Shower enclosure kits help you optimize every space available so you won’t need to have a drastic bathroom remodeling just to have enough space to get by.

On average, shower enclosure kits start from around $550. Some brands offer significantly lower prices for those who are on a tight budget, while luxurious shower kits that come with additional features like steam showers can reach as high as $2000 (professional plumbing not included yet).