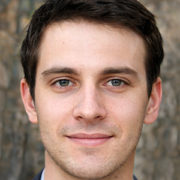 Spa Level Relaxation At Your Own Home – Steam Showers 101

Taking a shower is a refreshing daily routine on its own, but using a superb shower gel definitely improves the feeling to a hundred. These shower essentials can leave you with a sweet fruity scent, moisturize your skin, and cleanse your body without damaging your complexion.

Unfortunately, it’s difficult to know which one is worth the purchase with the plethora of products and varieties of shower gels available on the market. Also, what’s the difference between a shower gel and a body wash? Are shower gels really better than soap?

Basically, shower gels are liquid soap that you use to lather on your body. It’s essentially a mixture of water and detergent and typically has an added fragrance. They are available in a variety of scents, colors and textures depending on the ingredients infused on the shower gel. They are great body cleansers and are formulated to be pH-balanced to ensure that your skin remains moisturized and doesn’t get too dry.

Some shower gels are used only as body cleansers, but there are certain brands that have created a multipurpose shower gel that you can use as an alternative for a shampoo that doesn’t dry out your hair.

Both body wash and shower gel have the same consistency, so it’s easy to mistake them as one and the same. They’re both liquid body cleansers as well, so where do you draw the line?

The main difference between the two lies in their texture. Shower gels have the tendency to be thinner when lathered onto the skin, while body washes are quite thicker. The former is easier to rinse off and are perfect to use for warmer climates. While they both have moisturizing properties, body washes tend to fare better than shower gels but aren’t suitable for those who prefer taking a quick shower because of its thick consistency.

Compared to traditional soap bars, shower gels are definitely more moisturizing. They’re easier to lather on the body and saves you from the annoying instances where soap slips off from your hand and gets deformed once it hits the ground. They look better on your shower caddy as well!

Shower gels are also the preferred choice when bathing babies instead of soap bars. Their moisturizing effect prevents the sensitive skin of the little ones from getting too dry, and has a no-tears formula to avoid hurting their eyes during bath time.

The bottles are reusable as well, so you can repurpose them as containers for other stuff inside the house instead of throwing them away.