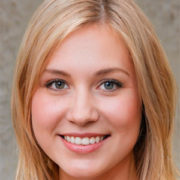 Having a clogged shower drain isn’t just an annoying experience, but a very unhygienic one as well. Imagine standing on a pool of dirty soap water when you have just taken a shower. You may not notice it, but the dirt and bacteria that you have removed from your body are still floating on the water that’s soaking your feet.

The accumulation of hair, soap scum and dirt is most likely the reason why, and there’s a way to remove these without calling a professional plumber. With the right tools, you can effortlessly accomplish this task. And if you’re looking for an easy-to-follow guide on how to remove the shower drain, then you’re in the right place! We’ll help you get rid of nasty buildup on your drain in five simple steps.

Removing the shower drain will not be possible without the right tools. You’ll need to prepare the following:

Letting your drains get clogged for longer periods of time is bad practice. This will get in the way of removing the shower drain properly. If your drain is indeed clogged, you can use a drain snake but if you don’t have one, you can use easy-to-find materials at home such as vinegar, baking soda, and hot water. You can combine hot water with either baking soda or vinegar and pour the mixture into the clogged shower drain.

Step 4: Pull out the drain